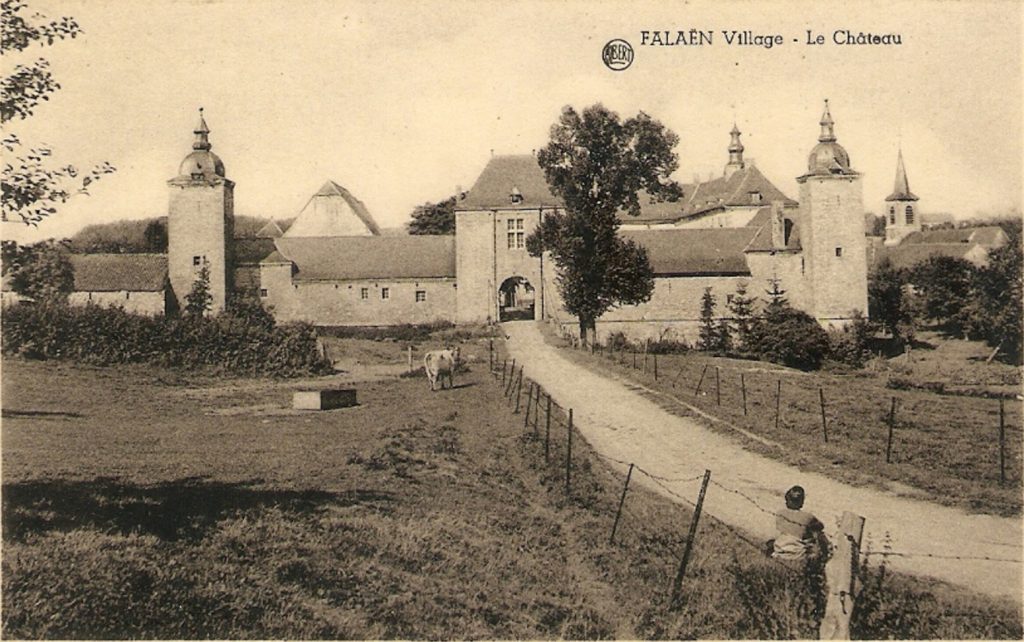 A focal point in the landscape, the large castle-farm is a sign of the silhouette of Falaën.

Built in the last third of the 17th century, this former fortified seigneurial farm has retained its defensive exterior.

Formerly surrounded by a moat, this vast quadrilateral building flanked by four corner towers (one of which is in ruins) is organised around a large courtyard accessible via a tower-porch.

At the entrance, chains recall the drawbridge replaced by a three-arched bridge.

Since 1972, the castle and its immediate surroundings have been classified as a historical monument.