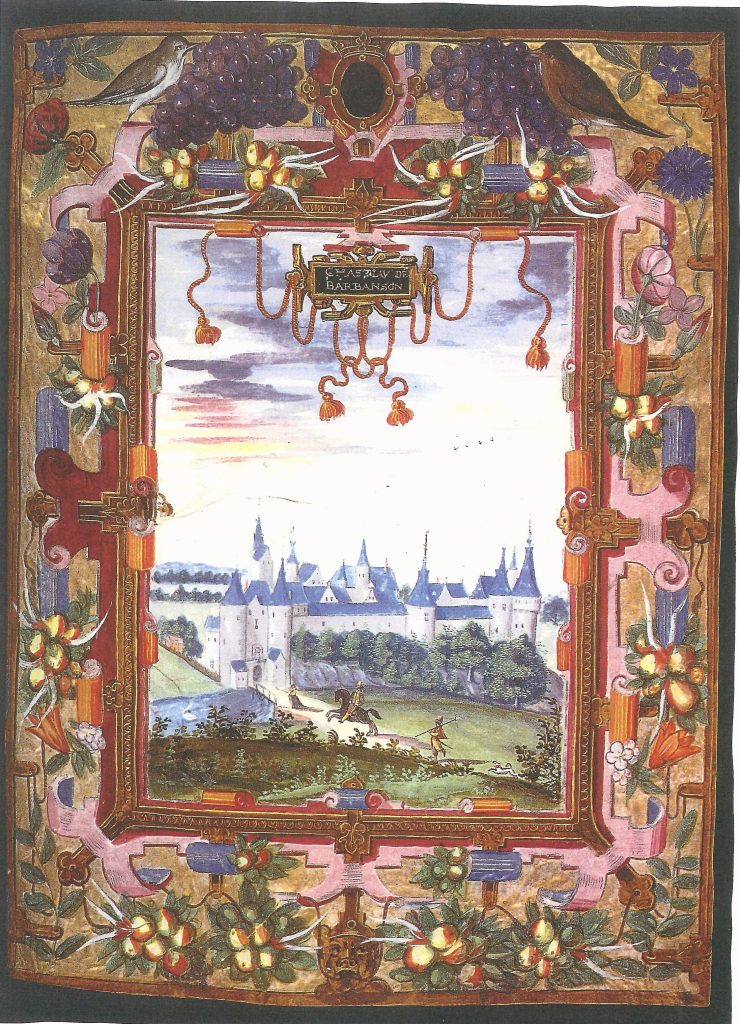 The remains of an ancient medieval fortress can be seen from the banks of the lake.

This quadrilateral, flanked by towers, is preceded by a castle.

All that remains of the medieval period is a wall that has been levelled and pierced with modern bays, completed by an entrance gatehouse that was converted into a dwelling in the 20th century.

The remains of the wall mark the former castle, forming the wide terrace on the base of a neo-classical residence which, following a fire, only retained its ground floor.

All around, two neoclassical entrance pavilions and century-old trees, such as the Ginkgo Biloba, the Purple Beech, the Lime and the Horse Chestnut, are the proud guardians of the former castle park and give this site with its tormented history a presence worthy of its past.